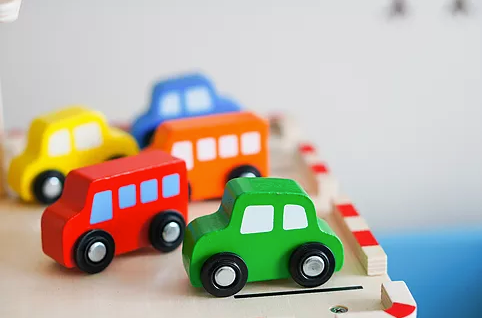 In 1970 Saverio Joseph Lacroce, age 7, was diagnosed with leukemia. His father, Saverio Sr. “Sam”, now facing the most heart wrenching of personal tragedies, brought his son to Children’s Hospital to begin treatment. Once the boy was settled in his room, Sam returned to the car to retrieve the boy’s personal things, and his favorite toy.

As he approached the car, he saw it had been burgled. All of the things they had packed to comfort Saverio had been stolen.

Fast-forward to 2011, a beautiful summer morning and a gathering of car enthusiasts and their cars on a rally from Cherry Hill to Princeton. Represented Marques included Ferrari, Maserati, Porsche, Lamborghini, as well as Corvette and American Muscle cars. The group stopped for breakfast, during which an idea to hold a toy run, much like the bikers do, was raised. Sam Lacroce was not there that day but his friend Bob Paglione was. The seed was planted.

Paglione reached out to Sam and another “car guy” friend, Ray Gianantonnio. They met and Sam recounted the story of his son’s stolen toy and the helplessness he felt. This led them to establish the charity’s mission: To improve the quality of the hospital stay for children and their families. Sam reached out to his friend, Richard Miller CEO of Virtua and the first beneficiary was now in place. In the beginning it was simply about toys. The group coupled that with their passion for cars and Carz N’ Toyz, a 501c3 corporation, was born. That first toy run delivered more than 800 toys to the kids at Virtua.

Lacroce, the charity’s President, Paglione, the treasurer and Gianantonnio, the secretary were smitten by the joy of giving and agreed they wanted to do more. All were successful in their fields and staying small just wasn’t in their DNA.

The first task was to brand the charity. A colorful, whimsical logo featuring a cartoon car with a wind-up key on the trunk was unveiled along with an appropriate tag line, “Driven To Care For Kids.” With a new corporate identity in place, the group began focusing on revenue generating events and increasing awareness through networking and public relations.

At its inception, Carz N’ Toyz was about delivering toys to sick kids. And that’s still a part of what they do. Indeed, more than 7,000 toys and books have been delivered to three main beneficiaries, Virtua, the Osborn Family Health Center at Lourdes in Camden, and Weisman Children’s Rehabilitation Centers, headquartered in Marlton.

From the humble beginning of the 2011 toy run, Carz N’ Toyz has grown to a non-profit corporation which has raised more than $500,000 in six years, 90% 0f which has been allocated to beneficiaries. Most recently, the board committed to a $1 million gift to Virtua to fund a mobile health center that will travel to underserved areas of South Jersey. The much-broadened mission led the board to change the name of the charity to the Joseph Lacroce Foundation, thus removing the focus on toys. According to Saverio Lacroce Sr., “The future has no boundaries. We will keep pushing to help sick kids in every way possible.”

The board, now totaling ten, is a working board that serves without remuneration of any kind. The goal is to continue to donate 90% of all funds raised, retaining only 10% to run the business.